I am really stepping out of my COMFORT ZONE HERE. I usually don’t write  about or share posts of this nature. This one I did write about on Facebook and I am posting about it now.
This topic is a hard one to follow.
The vocabulary here is a bit different from my usual posts. 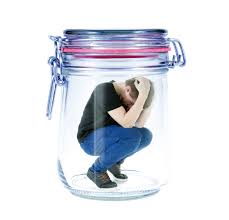 When I first heard about Josh Dugger : this story anyway. I wasn’t really surprised. I have to admit: I had only seen the first TV special on the family.

I remembered thinking: Yes, every child needs to learn how to help BUT IT IS THE MOTHER’S AND FATHER’S RESPONSIBILITY TO RAISE ALL OF THE CHILDREN. I was ANGRY that they TOLD THE OLDER CHILDREN TO RAISE THEM. I was agast later on when the babies kept “popping” out. I don’t think I have ever USES the TERM ‘”POPPING OUT ” before. I would have thought it CRUEL. To me though, It is cruel to keep having babies if YOU are never going to take care of them..
I saw another episode years later. MORE Children. Then I heard comments about this religion and that religion. Who were they to put down any other religion but what they “Kept coming up with” .
As a MOM, a teacher a Women…..
How can anyone condone what happened? The parents should have had charges brought against them. What about Josh himself?
Did they ever get counseling?
How could they have continued to be on TV after they learned about Josh? Who protected the girls?
How can AMERICAN’S Still want to WATCH a SHOW LIKE THAT?

Catherine…….I love the humor here when it was needed.
(I know she will see this….)

Never thought of Jesus as a Hippy before. Love it.
Love All of  you. Sarah