I was answering my comments today when I saw one from my friend Lynz at
http://lynzrealcooking.com/

My life raising 9 kids, living in the Middle East and COOKING!

I had asked her how who Saturday was.
Her reply is copied and pasted below.
“hi dear! We are all good, making shawarmas today and hanging out!”

So of course I had to tell her I was on my way to look up the word shawarmas because I had no idea what they were.
Her reply to me was :
” A chicken sandwich.”
I laughed.
I then asked how close they were to Greek Gyros.
“pretty close really” 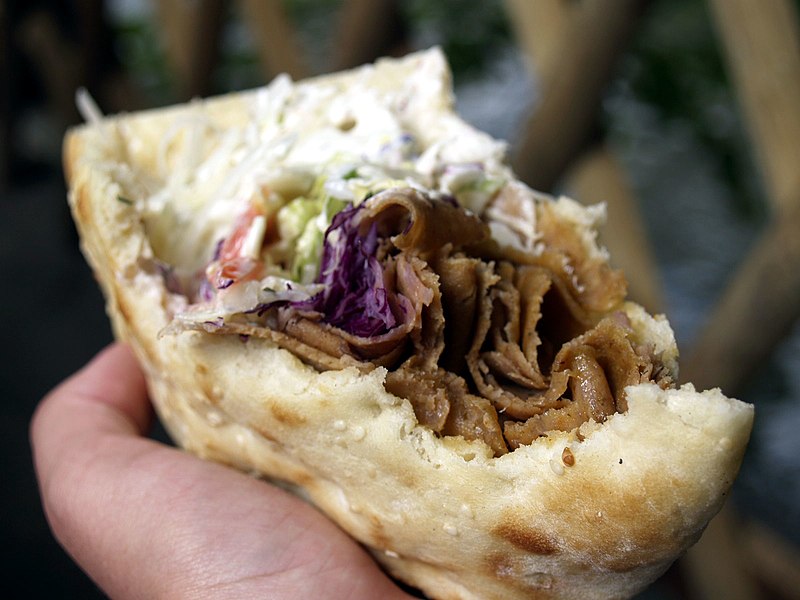 Shawarma or Shawurma (Arabic: شاورما‎ / ALA-LC: shāwarmā😉 is a Levantine Arab[1][2] meat preparation, where lamb,chicken, turkey, beef, veal, or mixed meats are placed on a spit (commonly a vertical spit in restaurants), and may be grilled for as long as a day. Shavings are cut off the block of meat for serving, and the remainder of the block of meat is kept heated on the rotating spit. Although it can be served in shavings on a plate (generally with accompaniments),shawarma also refers to a sandwich or wrap made with shawarma meat. Shawarma is usually eaten with tabbouleh,fattoush, taboon bread, tomato, and cucumber. Toppings include tahini, hummus, pickled turnips, and amba. It is akin to the Turkish doner kebab and the Greek gyros.[3]”

I know what Greek Gyros are. When we raised our own lamb we ate a lot of them.

I went to my friend Tory Avey’s blog and looked up the recipe. I knew she would have it and she did.

Copied and Pasted from Tory.

“Okay, so technically this recipe should actually be called Shawarma-Style Chicken. True shawarma is cooked with stacked, spice-marinated meats– lamb, turkey, chicken, beef, or a mix of meats– on a vertical spit. The shawarma turns and cooks on the spit for hours and hours, basted in fat and its own juices. Fat = flavor = tasty, amazing shawarma. Thin slices of meat are shaved from the surface and served, either on their own or tucked inside a warm flatbread, topped with tahini or garlic sauce. Shawarma is one of life’s great pleasures.”

Greek Gyro
A gyro or gyros is a Greek dish made of meat cooked on a vertical rotisserie, normally beef, veal, mutton, pork or chicken, or other alternatives such as feta or haloumi cheese, and usually served in …Wikipedia 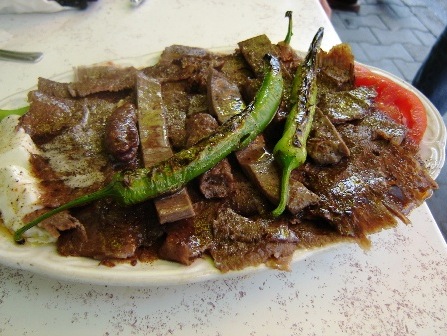 The following was Copied and Pasted From Wikipedia.

The sliced meat of a döner kebab may be served wrapped in a flatbread such as lavash or pita or as a sandwich instead of being served on a plate. It is a common fast-food item not only in Turkey but also in the Middle East, Europe, Canada and Australia. Seasoned meat in the shape of an inverted cone is turned slowly against a vertical rotisserie, then sliced vertically into thin, crisp shavings. On the sandwich version, the meat is generally served with tomato, onion with sumac,pickled cucumber and chili.”
Not we all know what they are.
We also know that Lynz is ACTUALLY EATING HERS .

Right after I hit publish I saw another comment from Lynz telling me my photos was ready.
So I went to her blog and saw :

This is for Sarah!

This is for Sarah!

This is a picture for Sarah. She asked what I was doing and I said eating Shwarmas! She asked what that was and then looked it up! Sarah’s Attic Of Treasures

How many friends would do this for another as quickly as she did?
She was having a relaxing time with her family.
Only another blogger Maybe????????
I have thoroughly enjoyed this whole post.  The 2 posts that followed it. And all of the comments on both of our blogs.
Thank you Lynz at
http://lynzrealcooking.com/