I love this except it needs some white sand.

I am really thinking about making me a small Zen Garden. Really small for our bedroom.

It is the ONLY place beside the cooking area of the kitchen that the CAT can’t hang around in.
I’d really HATE it if HE decided to use it as a littler box.

How to Make a Zen Garden on a Budget

The following video is different. For me anyway.
They have a number of them and the comments are wonderful.

Meditation is the dissolution of thoughts in Eternal awareness or Pure consciousness without objectification, knowing without thinking, merging finitude in infinity.

After sleeping through a hundred million centuries we have finally opened our eyes on a sumptuous planet, sparkling with color, bountiful with life. Within decades we must close our eyes again. Isn’t it a noble, an enlightened way of spending our brief time in the sun, to work at understanding the universe and how we have come to wake up in it? This is how I answer when I am asked-as I am surprisingly often-why I bother to get up in the mornings.

Meditation brings wisdom; lack of mediation leaves ignorance. Know well what leads you forward and what hold you back, and choose the path that leads to wisdom. 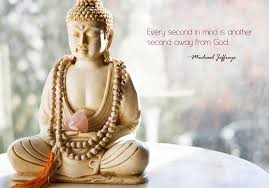 A Zen garden is an interesting and deeply spiritual aspect of Japanese gardening traditions. The typical Zen garden consists of an enclosed and shallow sand box of sorts which features predominantly sand or gravel with rocks of various shapes and sizes. The rocks and sand (or gravel) are the chief elements of the garden, which generally creates the scene of islands in the sea.

The sand or gravel in a Zen garden represents the sea or ocean and is used instead of water. It will be carefully raked by tending monks to create the impression of waves on the surface of a body of water. The rocks themselves represent islands or rock formations jutting out from the water. The overall goal is to create a small-scale recreation of an aerial or cliff-top view of an intricate coastal scene.

One of the primary differences between a Zen garden and most other varieties is the lack of living elements. Although grass may sometimes be included, no other plant or flower species will be found in a classic Zen garden. This can be both unusual and exotically appealing to people with no past experience with the history and meaning of a Zen garden.

The History of the Zen Garden

Japanese rock gardens have become known in the West as Zen gardens. The term was probably first used in 1935 by the American writer Loraine Kuck in her book “100 Gardens of Kyoto.” It has since also found its way into the Japanese language (“Zen Niwa being the name in Japanese).

The Zen garden has an impressive and lengthy history of use in Japan. The most famous is the dry garden, which is called a “Karesansui.” This word translates into “Dry Mountain and Water Garden” and to create the look, rocks and gravel are used as described above.”

I spent hours here looking at Zen Gardens. I haven’t been this excited about anything in a long time. The videos of the zen gardens really got to me. My body is still shivering yet, I was so relaxed. I am never relaxed.
This is not anything I have ever really been into before.

I would love to have  a desk zen garden here right now while drinking my chai latte and listening to the video. 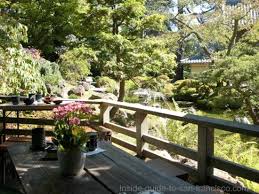 Have an awesome week.