What Is Reformation Day And When Is It. 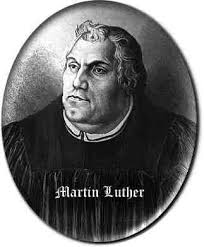 What Is Reformation Day All About?

“At the time, few would have suspected that the sound of a hammer striking the castle church door in Wittenberg, Germany, would soon be heard around the world and lead ultimately to the greatest transformation of Western society since the apostles first preached the Gospel throughout the Roman empire. Martin Luther’s nailing of his ninety-five theses to the church door on October 31, 1517, provoked a debate that culminated finally in what we now call the Protestant Reformation.”

“Martin Luther’s rediscovery of this truth led to a whole host of other church and societal reforms and much of what we take for granted in the West would have likely been impossible had he never graced the scene. Luther’s translation of the Bible into German put the Word of God in the hands of the people, and today Scripture is available in the vernacular language of many countries, enabling lay people to study it with profit. He reformed the Latin mass by putting the liturgy in the common tongue so that non-scholars could hear and understand the preached word of God and worship the Lord with clarity. Luther lifted the unbiblical ban on marriage for the clergy and by his own teaching and example radically transformed the institution itself. He recaptured the biblical view of the priesthood of all believers, showing all people that their work had purpose and dignity because in it they can serve their Creator.”

A Mighty Fortress Is Our God
Written By Martin Luther: 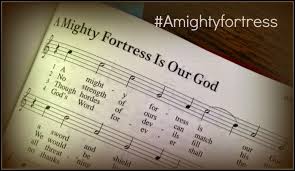 Reformation Day is a religious holiday celebrated on October 31, alongside All Hallows’ Eve, in remembrance of theReformation, particularly by Lutheran and some Reformed church communities. It is a civic holiday in the German states ofBrandenburg, Mecklenburg-Vorpommern, Saxony, Saxony-Anhalt and Thuringia as well as in Slovenia (since the Reformation contributed profoundly to that nation’s cultural development, although Slovenes are mainly Roman Catholics). It has also been a national holiday in Chile since 2009.[1]

In the United States churches often transfer the holiday, so that it falls on the Sunday (called Reformation Sunday) on or before October 31, with All Saints’ Day moved to the Sunday on or after November 1

“I saw another angel fly in the midst of heaven, having the everlasting gospel to preach…”[11] This passage, traditionally interpreted as referring to Luther,[citation needed] is commonly the text preached on during Reformation Day services.

The liturgical color of the day is red, which represents the Holy Spirit and the Martyrs of the Christian Church. Luther’s hymn, A Mighty Fortress is our God is traditionally sung on this day. It is also traditional in some Lutheran schools for schoolchildren to hold Reformation Day plays or pageants that re-enact scenes from the life of Martin Luther. The fact that Reformation Day coincides with Halloween is not mere coincidence. Halloween, being the Eve of All Saints’ Day might have been an entirely appropriate day for Luther to post his 95 Theses against indulgences since the castle church would be open on All Saints’ Day specifically for people to view a large collection of relics. The viewing of these relics was said to promise a reduction in time in purgatory similar to that of the purchase of an indulgence. That Martin Luther intended his 95 Theses to persuade the common people, however, is extremely unlikely, since the 95 Theses were written in Latin, a language which the common people did not understand.

REFORMATION DAY (from the Lutheran calendar)On the Eve of All Saints, Day, October 31, 1517, Augustinian Father
Doctor Martin Luther, professor of Scripture at the University of
Wittenberg, Germany posted an invitation to debate on the door of the
Wittenberg Cathedral. The invitation to debate contained ninety-five
points, or theses, concerning the sale of indulgences. Luther chose
this date for posting his theses because the coming holyday would bring
many of the community to services, ensuring that his statements would
receive wide exposure.”

Reformation Day is a religious holiday celebrated on October 31, alongside All Hallows’ Eve, in remembrance of the Reformation, particularly by Lutheran and some Reformed church communities.

“Nearly five centuries ago in Central Europe, an unknown Augustinian monk decided to nail 95 theses to a church door, sparking a religious revolution felt to the present day.

Reformation Day, the anniversary of when Martin Luther began the Protestant Reformation, is an observance remembered by hundreds of American churches in the modern day.  While the exact date of Luther’s call to theological debate was Oct. 31, or the Eve of All Saints’ Day, many Protestant congregations choose to observe the occasion on the last Sunday in the month.”